Rona Stewart, a student at Kingussie High School, has been announced as the winner in the secondary school section, as well as the overall winner, of Scran's recent photo competition, the theme of which was "What Scotland Means To Me."  Her winning image, of three sheep looking through a fence, was praised for being "pin sharp" and exhibiting a "high degree of artistry."  Despite appearing monochrome, Rona's picture does actually contain a hint of colour, namely the slight redness in the ram's horn. It is also extremely well-framed, obeying something that photographers call the "rule of thirds."   "It took us about four hours for the judges to make a decision, but this one just kept coming to the top for us," said Graham Turnbull, head of enterprises at RCAHMS and one of the three judges. Rona wins an iPad for herself as well as ten iPads for the school to use in the classroom. Her winning picture is here. 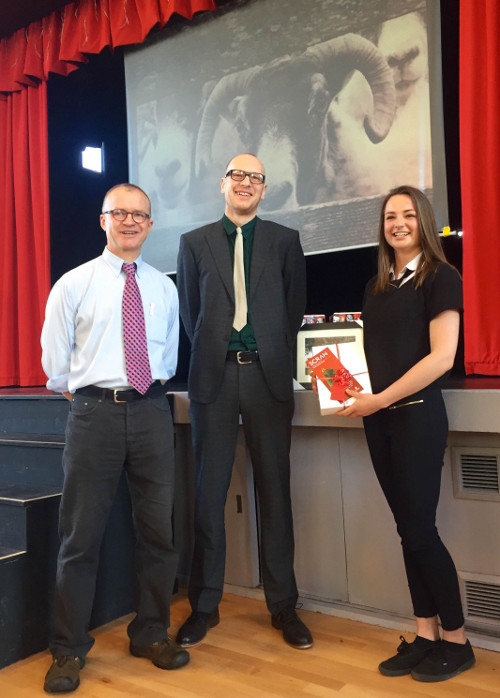